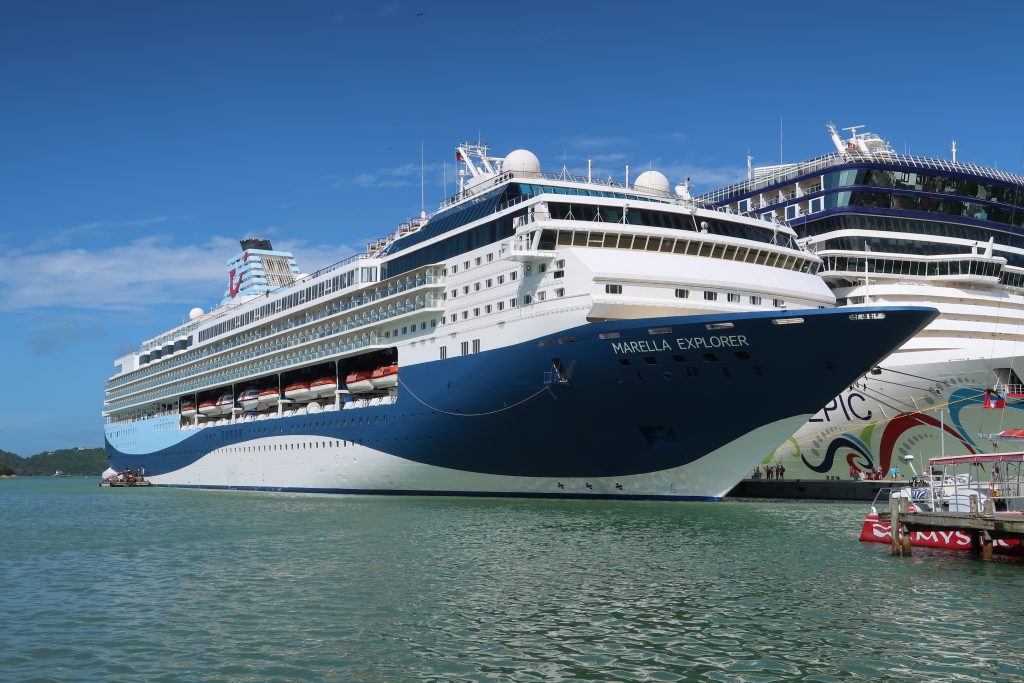 The new Shannon class lifeboat, which will be named as the Richard and Caroline Colton, returning after crew training session on Saturday 3rd November. 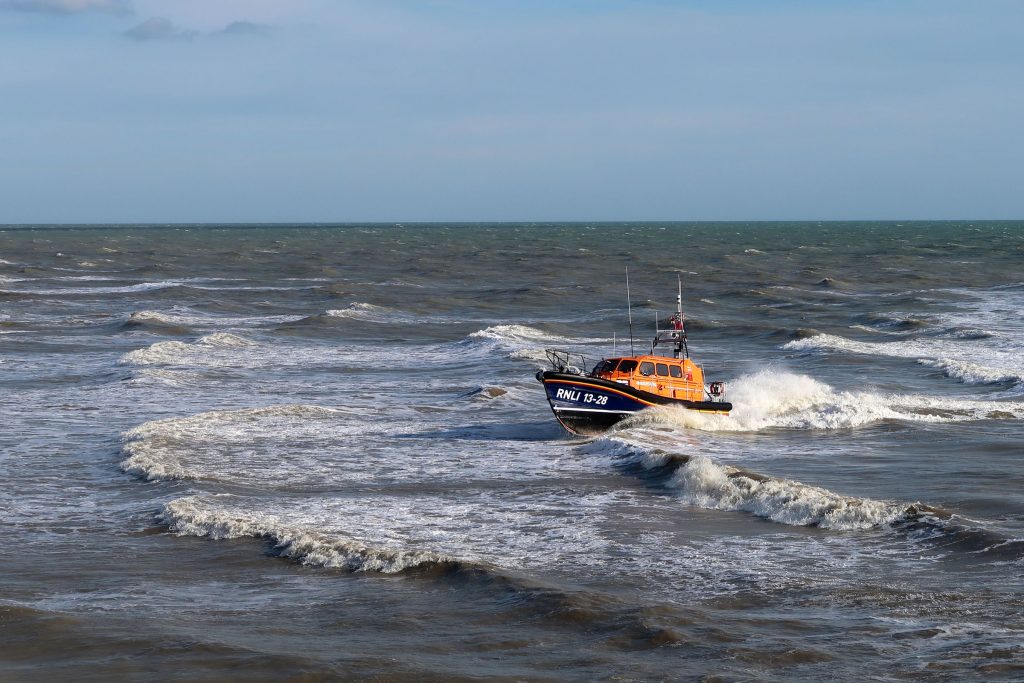 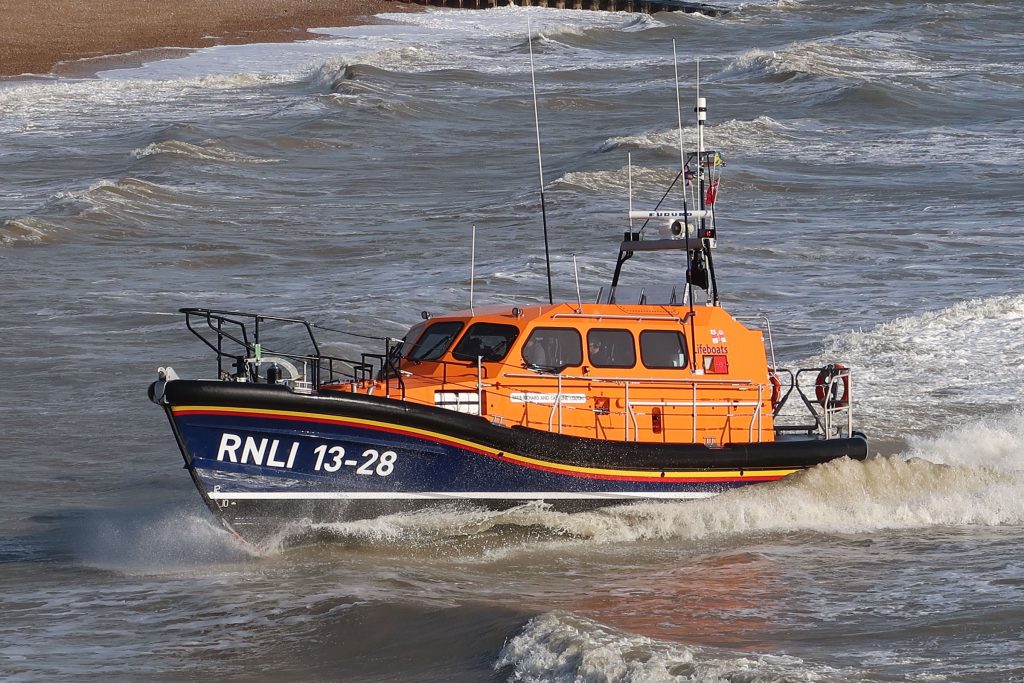 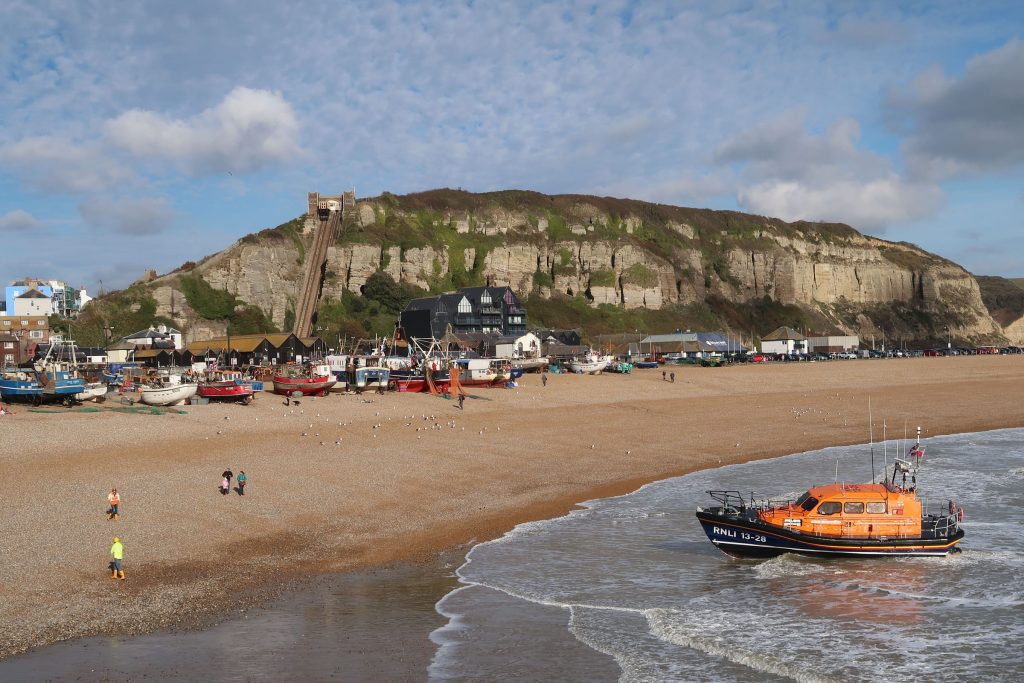 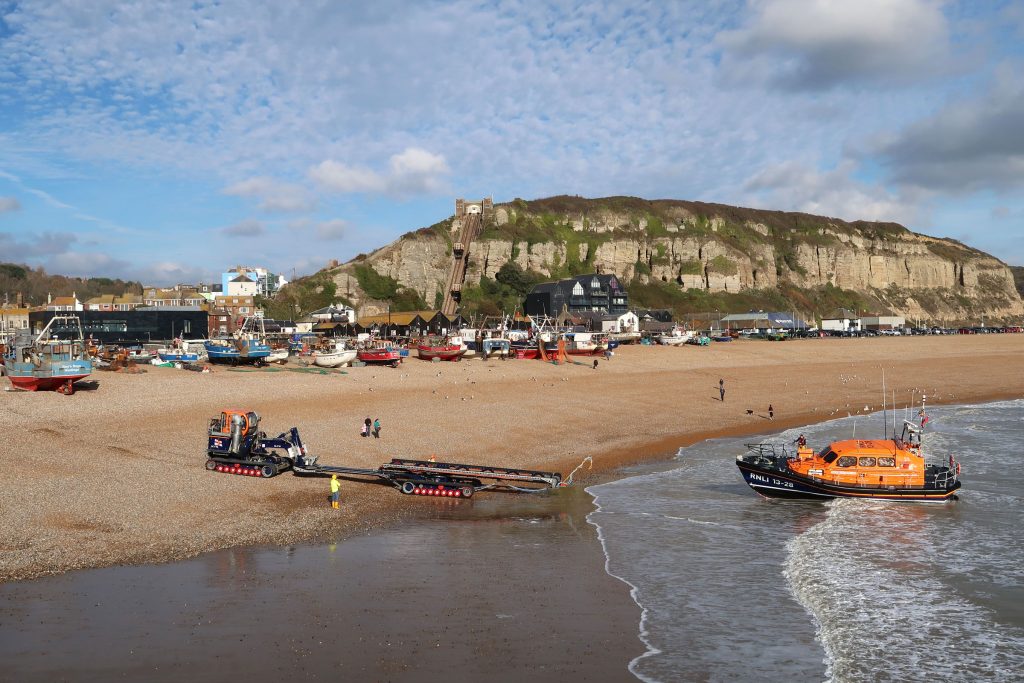 Measuring just over 13m in length and weighing in at 18 tonnes, the Shannon is the smallest and lightest of current all-weather lifeboats, meaning she can be launched straight off the beach via a new and improved Shannon Launch and Recovery System (SLARS). 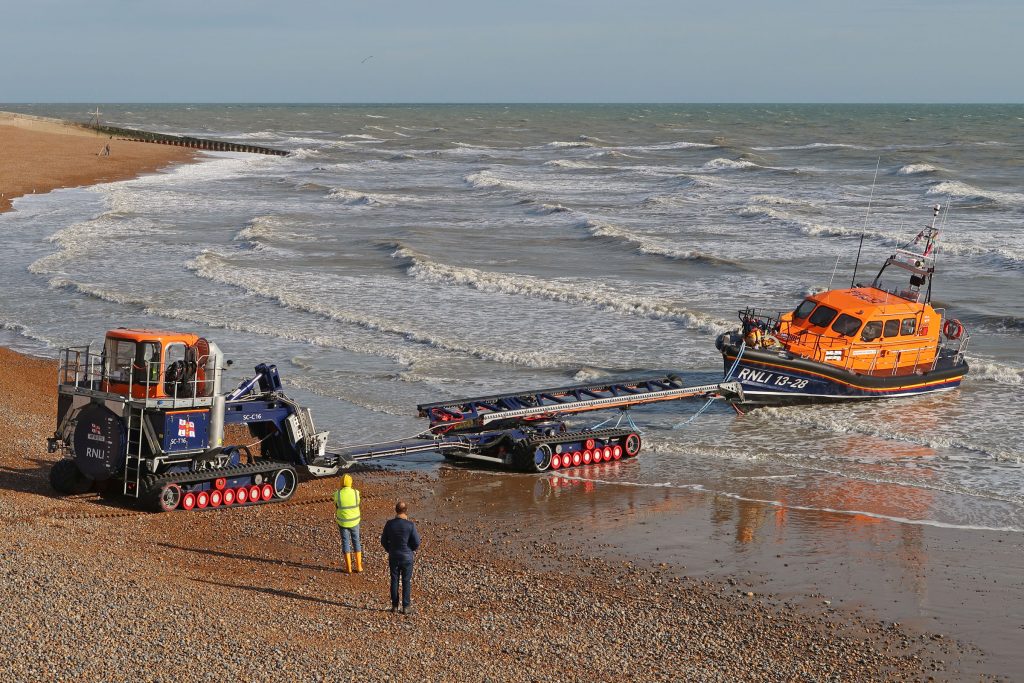 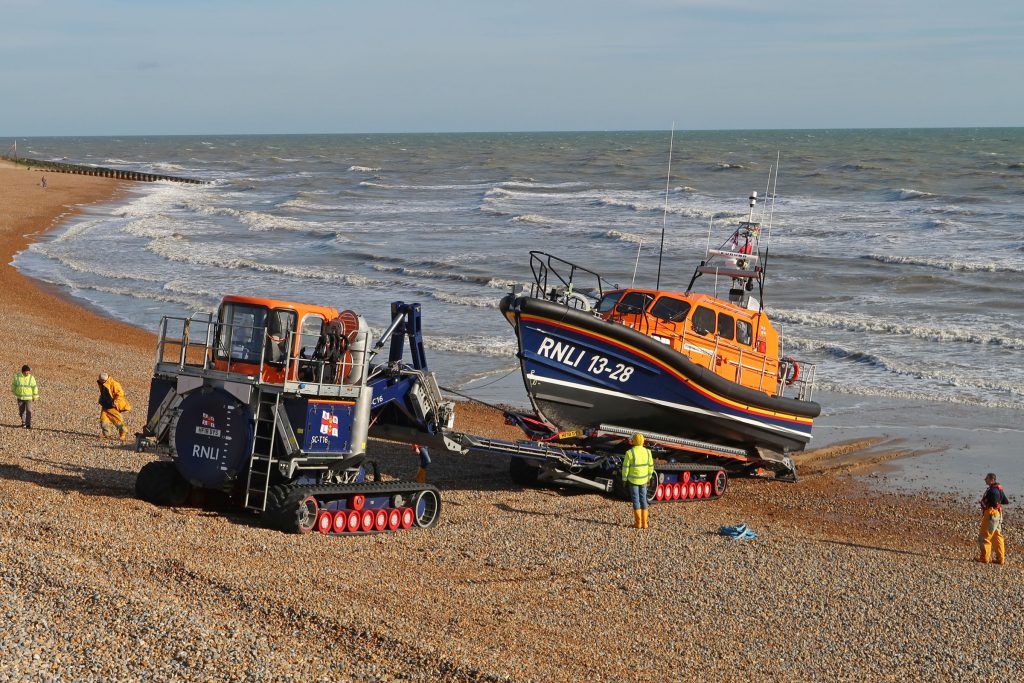 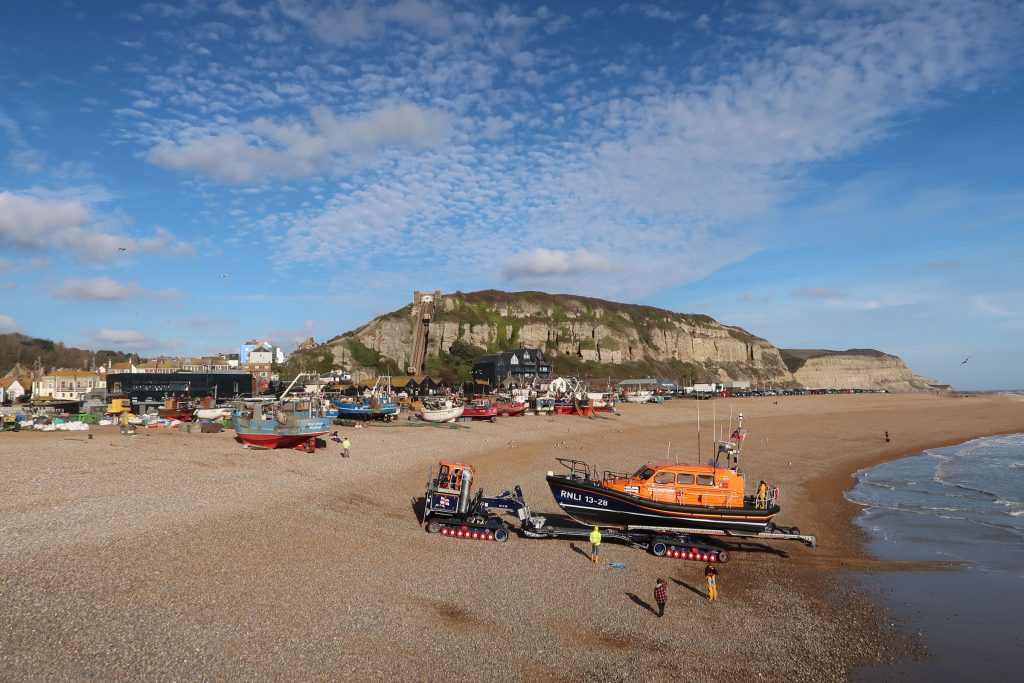 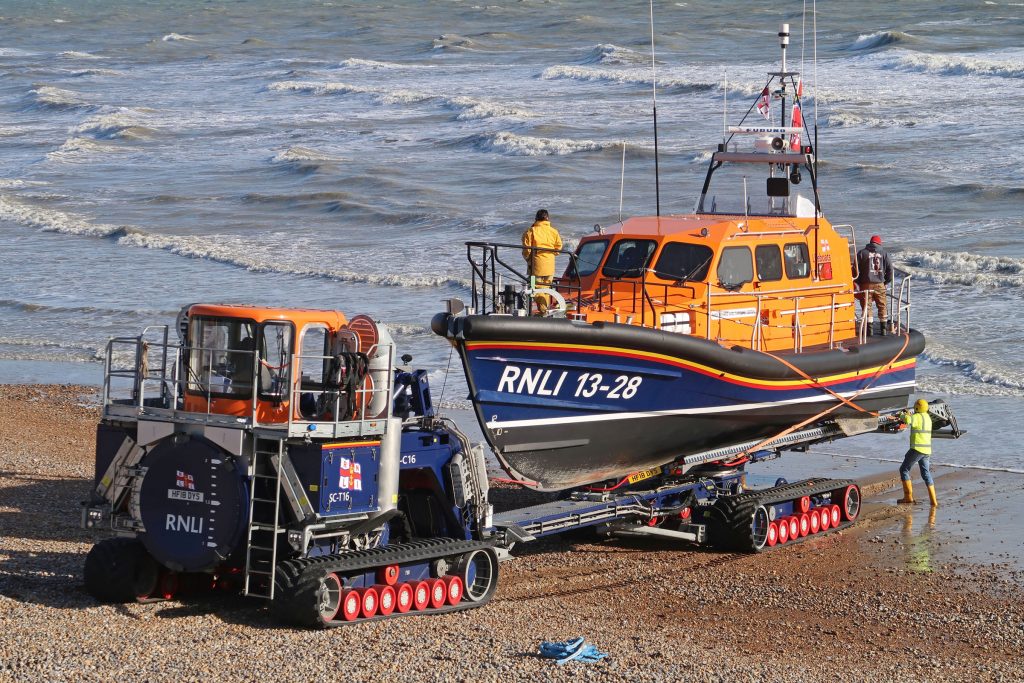 The current Mersey will stay as the operational lifeboat at Hastings, being used for all call-outs, until the crew have been fully trained and passed out as competent to handle the new lifeboat at which point the Sealink Endeavour will leave, as yet to an unknown fate. 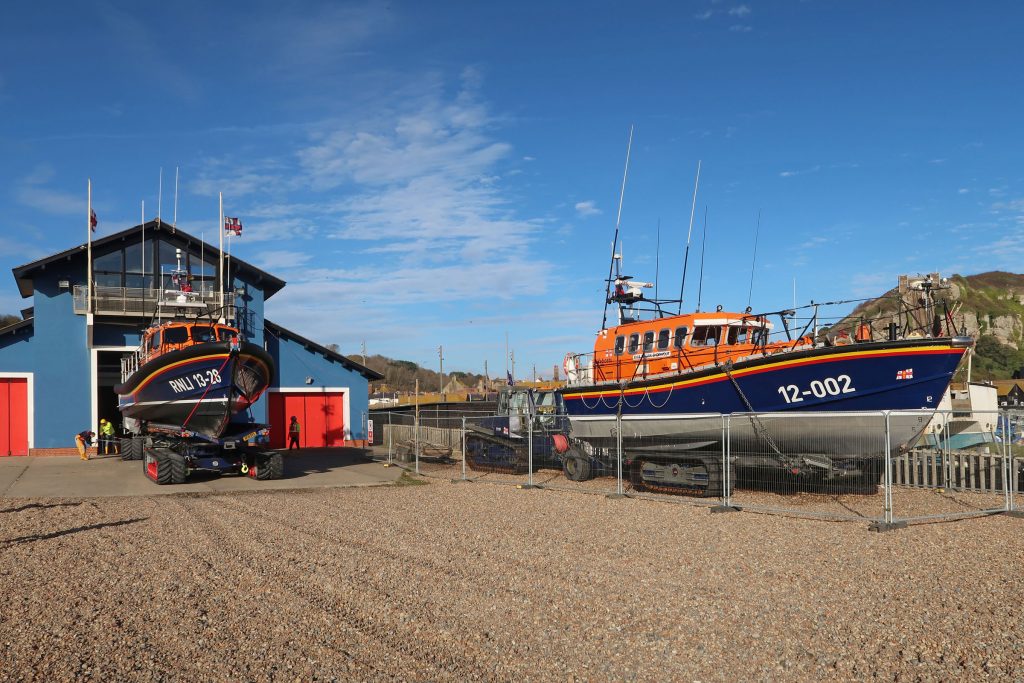 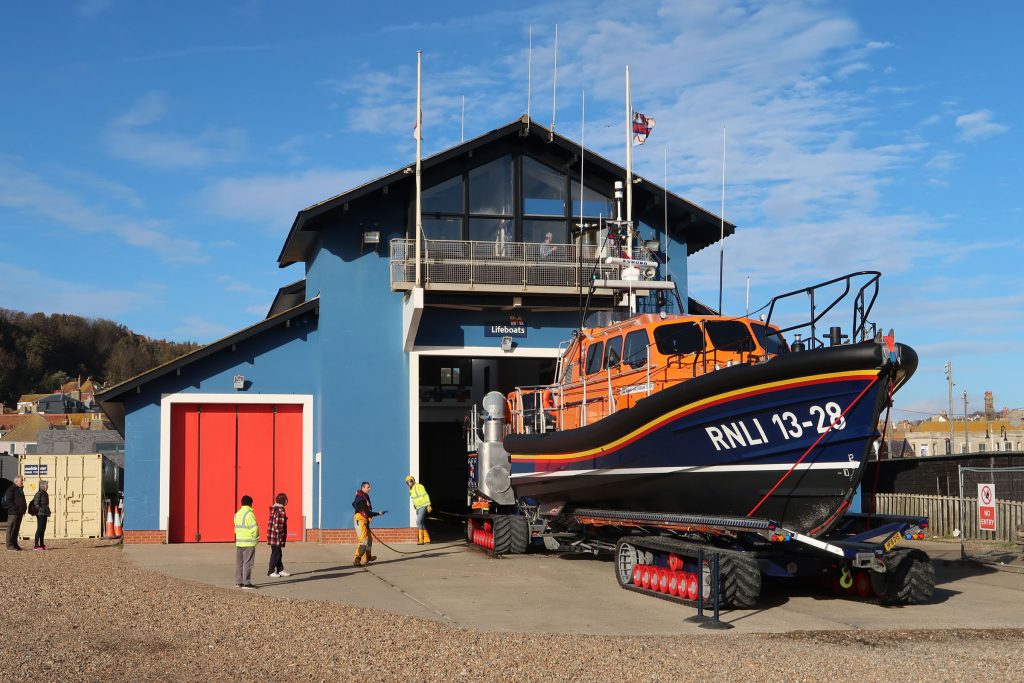 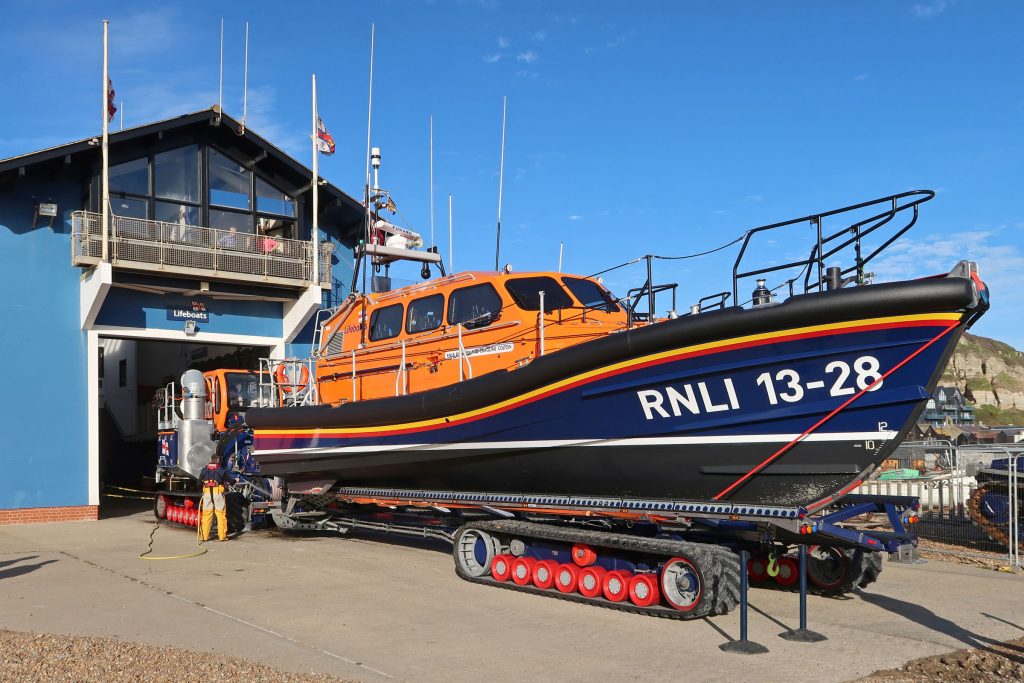 The new boat will be officially named in a ceremony at the station on 27th April, 2019.